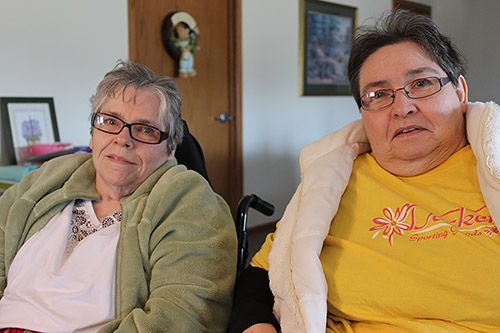 One hundred percent of those who moved from a cottage on Opportunity Village’s Clear Lake campus report liking their new homes and would not choose to move back to the campus if given the chance.

Under the guidelines of the Olmstead Decision, the U.S. Department of Justice ordered agencies like Opportunity Village to move people from segregated, large-group settings into community-integrated small homes. As of Sept.11, 2015, the Village had moved 56 people into smaller homes, while 26 people are waiting to move.

A recent survey of those who already moved revealed overall satisfaction with the changes. In addition to liking the living arrangement better, 100 percent of respondents said they feel safe and have more choice about what they do and where they go.

One person indicated displeasure with roommates and indicated a desire to move, which Village staff is working to accommodate. When asked if they were able to do more fun things in the community, only one person said no.