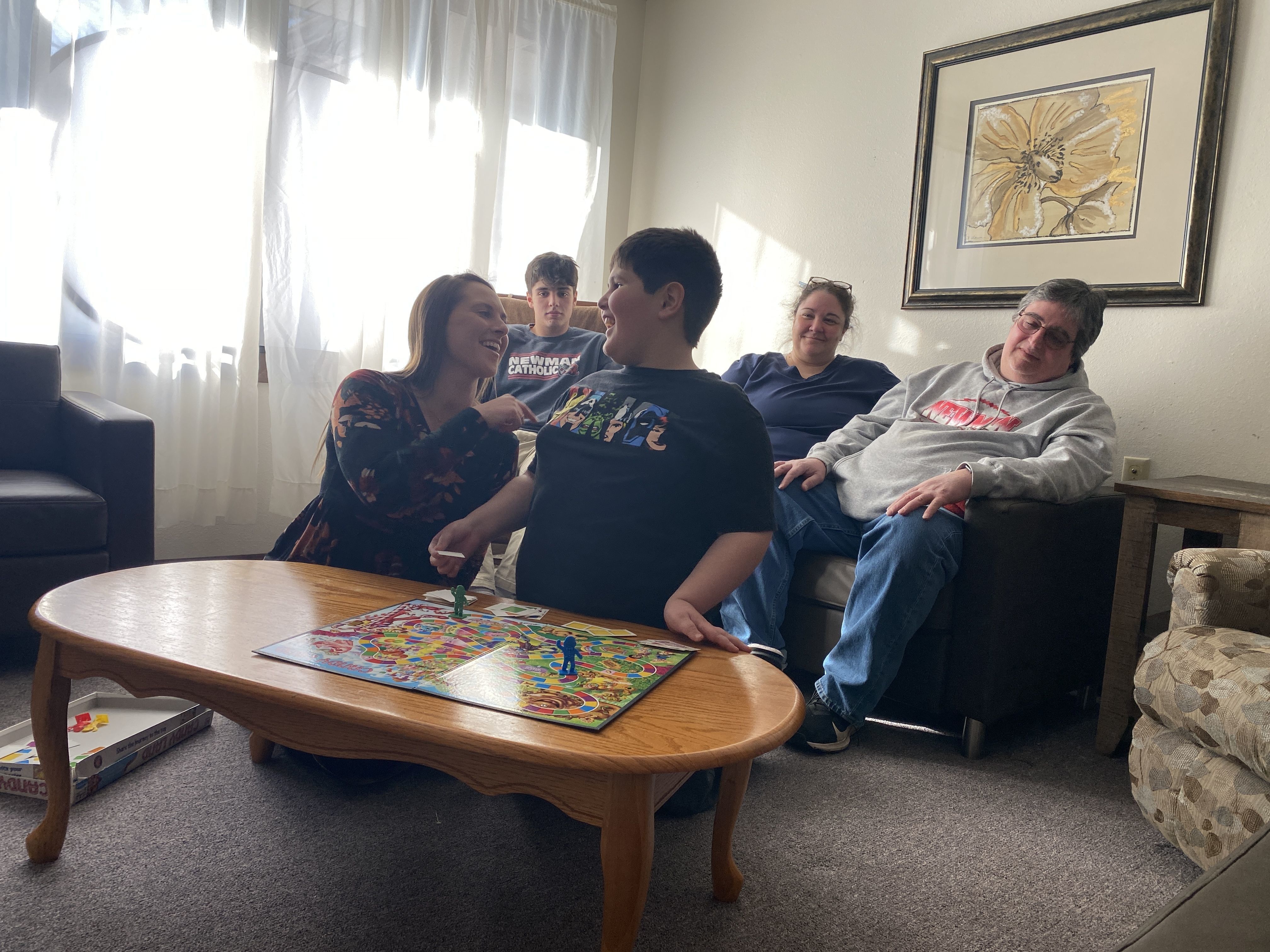 Today, Sam enters the CAC’s waiting room, greets his therapists, and settles in behind the Candyland board game. “I’m going to win,” he confidently tells his long-time therapist. “I know you will, Sam. You usually do,” replies Laura Korth, Clinic Director at the CAC. Sam and his family have been making the 44.7 mi trip from their home in Charles City to the Children’s Autism Center in Clear Lake, “since it was Opportunity Village.”

Sam’s Dad, Jason, who is gathered today with his wife, Amy, and their oldest son, Vinny, settles in to a familiar loveseat in the
waiting room at the CAC while his youngest son patiently awaits his session. Sam, who often “plays clinic” at home, is quite familiar with this routine.

“When Sam was first diagnosed, he just didn’t talk much, wasn’t meeting milestones,” Jason Joslin, Sam’s Dad recalls. “It was nice to have someone (therapists at the CAC) who knew what was going on who could explain it to you. Like, Here, this is what we’re looking at.”

Amy agrees. “At the time it was overwhelming, just the diagnosis in general, but having someone to help us navigate through that was helpful,” Amy says. “When something is going on at home or school, we can talk with Sam’s therapists about it. They’re able to look a little deeper behind it and see what’s causing it to see why he’s doing that behavior. Because it’s not for attention.

“It’s been so helpful and eye opening that there’s people who understand that he’s not acting out to be naughty, this is the way he’s communicating with us.”  The CAC has had a huge impact on Sam’s life. He takes what he has learned at the Center and implements it on a daily basis.

“It was hard having a brother who wouldn’t talk to you or play when we were growing up,” admits Vinnie, Sam’s older brother. “But they’ve (CAC) taught him things and now he can talk with me. I play a lot of sports outdoors and Sam couldn’t be out there with me because he would run off.” He was a Houdini from the word Go according to Jason. “He’s a lot better now. That is one of the many things the Center has helped Sam with.”

That’s just one important behavior Sam has worked on during his time at the CAC. Interpersonal interactions are another. From the beginning, Jason asked himself what wouldn’t he do for Sam. “And so far, I haven’t found anything. There is nothing I wouldn’t do for my kid.”

“When Sam first started treatment we were driving those 44.7 miles three times a week, then turning around and heading back the other way for a UNI speech therapy program in Cedar Falls. It was a lot. I quit my job to do it. Me and the boys were basically Road Dogs that summer.”

“I do recommend the CAC to other families who have kids with Autism, frequently, actually,” says Amy. “I think they’ve helped Sam in so many ways. To just be attentive to a task or to be able to sit still enough to learn something has definitely helped him in a school environment. Things other people may take for granted. Being able to walk down the street with my child and not have him run off has been very helpful. I think his ability to have structure has definitely come from the Autism Center. At home and at school, he’s much better about knowing what’s expected and decreasing anxieties around that.”

Sam now has personal relationships in his life with the people who have taught him. He remembers them. Amy explains why the Center means so much to Sam and their family: “The people here (at the CAC) really put their heart in it. They really care about the kids here.”

We have tremendous need for increased Autism services in North Iowa. Numerous studies show greater positive outcomes later in life with early behavior therapy. The sooner Autistic minds learn how to process/react/ in public/community, the more successful they are in all areas of life.

Will you consider making a charitable contribution to our Children’s Autism Center so that we can continue to make sure these therapies are an option for all kids on the Autism Spectrum in North Iowa? 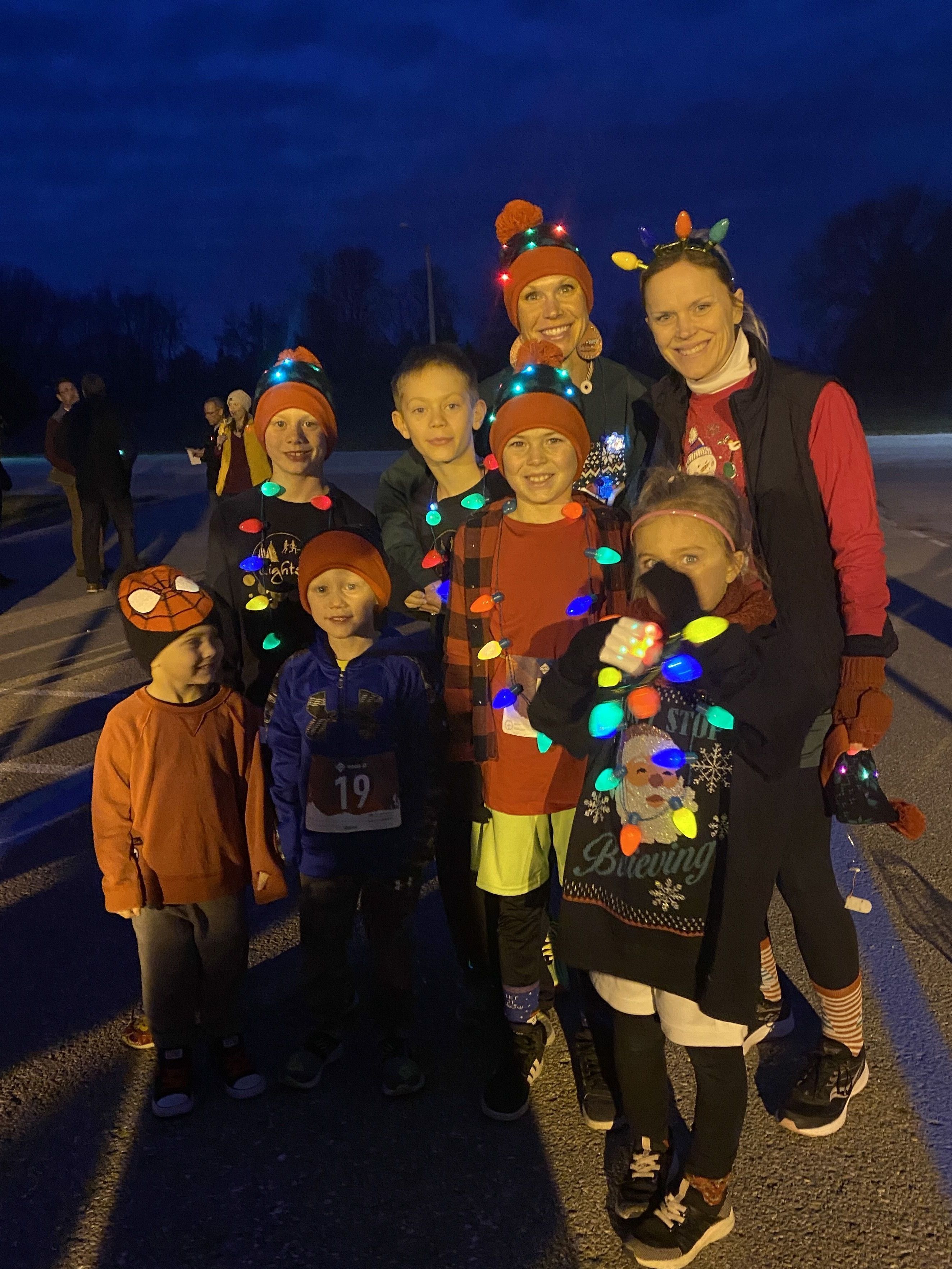 Walk-A-Block for Autism Awareness, Navigating the Waters of Inclusion, Lights on 5K and more!! Our events put the Fun- in Fundraising so bring your friends and family or gather some co-workers for rewarding team-building opportunities! Join us at our next event! 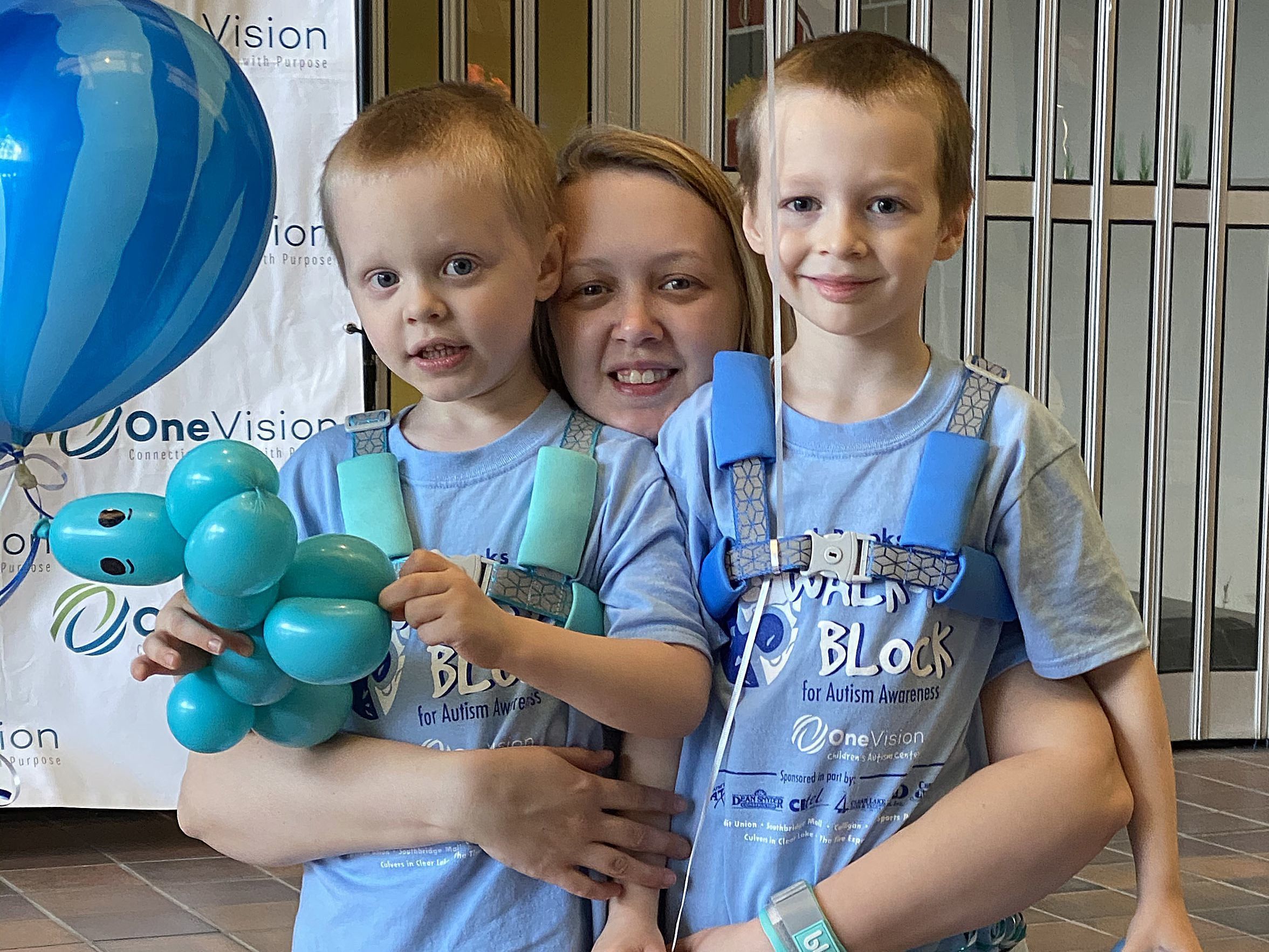