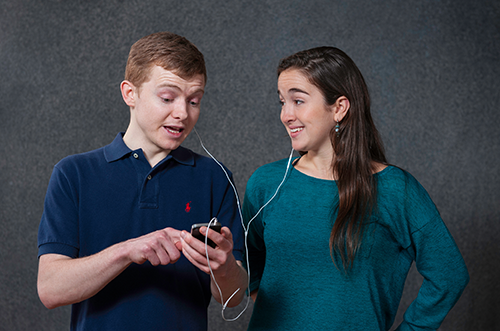 Mixed Blood Theatre’s production of “Theory of Mind” will be performed at EB Stillman Auditorium at Clear Lake Middle School on April 19. The performance is sponsored by the Opportunity Village Children’s Autism Center in partnership with United Way of North Central Iowa. The performance is free and open to the public.

“Theory of Mind” is described as a sensitive yet unsentimental story presenting a portrait of a young man with Asperger’s Syndrome. Bill is a college-bound seventeen year-old, equipped with scholastic brilliance but low emotional intelligence; a keen self-awareness yet, an inability to read social cues, and a charming directness yet prone to taking everything he hears literally. His outing with a young woman becomes a memorable, insightful look at the tugs, shifts, and about-faces found on the autism spectrum.

“Theory of Mind” is written by Ken LaZebnik, a veteran Mixed Blood company member whose other writing credits include Touched by an Angel and the Mixed Blood-produced plays “Calvinisms,” “League of Nations,” “Vestibular Sense,” and “On The Spectrum,” the latter two also autism-themed.

First toured by Minneapolis-based Mixed Blood in 2009, “Theory of Mind” again features Jason Paul Andrews as Bill in a cast that also includes Thallis Santesteban (returning to the role in which she toured for Mixed Blood in 2012) and Raúl Ramos. The production is directed by Skyler Nowinski, who played Bill in Mixed Blood’s previous tour of “Theory of Mind.”

The show is one of four productions toured this season by Mixed Blood, a professional, multi-racial theatre company based in Minneapolis that promotes cultural pluralism and individual equality through artistic excellence.